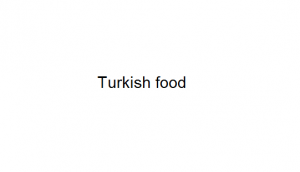 The most principle of human life us food . The food habits of each community are a subset of its culture and lifestyle and  are the reflection of the food culture of that community.  So changing lifestyle is one of the most important reasons of changing a community’s food habits . The cultural values of a society also influence people lifestyle and food habits .  Turkey is an Eurasian country that is adjacent to seas such as Black sea ,Mediterranean , Aegean and Marmara . Turks have been paying attention to food since the begging of history . 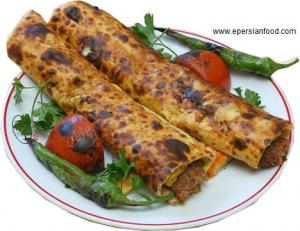 Turkish culinary culture is one of the most important culinary cultures in the world. The Turkish culinary culture is influenced by the complex of Anatolian,Seljuk and Ottoman cultures ,that has developed from the past and also has become one of the most important culinary cultures in the world.  with rising Islam in Turkey,the food culture of Turks changed and many methods and traditions were added to it . One of these traditions that has become a food habit among the Turks is the post meal prayer.  After Islam, religion became prominent in the culture of Turkish food. For example according to Quran pork meat is forbidden and because of that pork meat has no place in Turkish food culture.  After Islam,the influence of Arab food culture on Turkish food culture,specially in south-eastern Anatolia has increased very much.

Cereals have been a major part of the Turkish diet since the past . In the past in Central Asian ,Turkish people always use wheat and plup. In other word the row materials of their foods were often wheat ,pulp and wheat flour . Boza is a kind of drink that is made from millet and it was one of the first Food of Central Asian Turks . In the past people used and produced wheat very much . Wheat flour is commonly used in foods that bread is made from wheat flour.  in Turkey,bread is one of the main elements in diet and it has a religious image . Sometimes we can have bread as a meal by adding some foods.  with the influence of Western culture in the Ottoman empire,the way of making bread also changed.  today ,we use bran -free flour instead of pure flour.

Types of bread in Turkish food:

Famous Turkish breads include: Ekmek : the most common form of bread in Turkey is Ekmek bread  . Uefka :a very thin type of bread that used for foods like Borek and pastries like baklava. Bazlema: a round ,thick and flat bread that look like a pizza bread . Simit : a loaf of bread that is made simple and its very sweet and popped with sesame . This bread is made with two types of white and wholemeal flour . Pide :It’s a very lightweight bread that is suitable for sandwiches. Pita : It’s a round and flat bread . The ingredients consists of wheat flour ,salt ,sugar and water .

If you would like to try a delicious ice cream while you are walking around the streets of Turkey ,Dondurma could be a great choice .One important thing about this delicious dessert is that you don’t have to worry about melting your ice cream because it is very thick and does not melt easily. 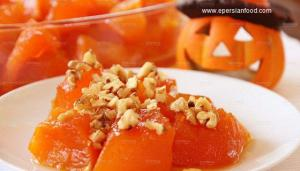